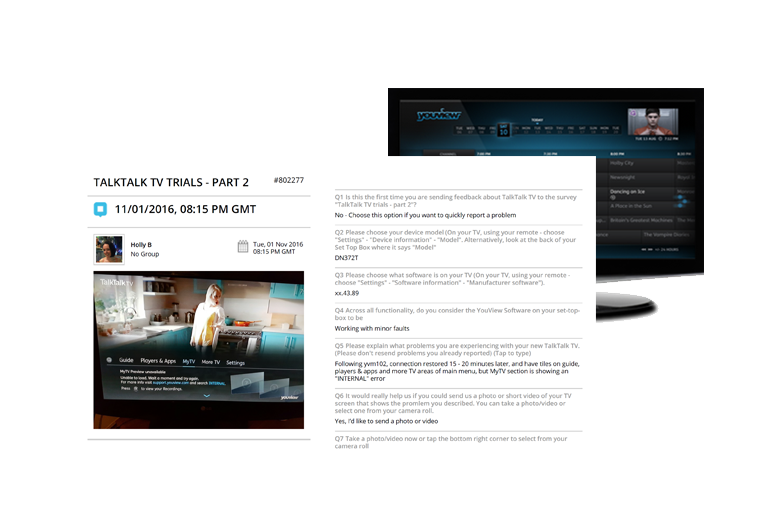 What I am proud of

No one who has existing customers wants to launch a new version of their product without a trial. People who pay or subscribe to your business expect it to continue working and for your company to keep the commitments.

TalkTalk had a trial team as many traditional businesses do, separate from the Product Owner, designer and engineering team that depend on the trial results in order to iron out technical and product issues.

Roles and responsibilities in a trial

TalkTalk used to run trials using Survey Monkey software. Survey Monkey is good for one off surveys but fail when you need daily feedback, reaching out to the participants quickly and triaging the issues.

In December 2016, we were about to launch a new TV interface. We wanted to get it to the market faster than our competitors and with least issues. I identified the problem that we do not have a system that served us well. Specifically, we failed to engage the customer, respond in time and fix issues. I looked into better ways of running the trial.

After testing a number of options, I singled out Web based trial/feedback software called Dscout. What Dscout provides is a mobile app that participants can install on their phones and provide feedback based on the questions from the trial team. Since we are testing a TV interface, it allows participants to use their phone while they are in front of the TV, record videos or take photos of the issues they encounter. For the team behind the trial, it allows to: 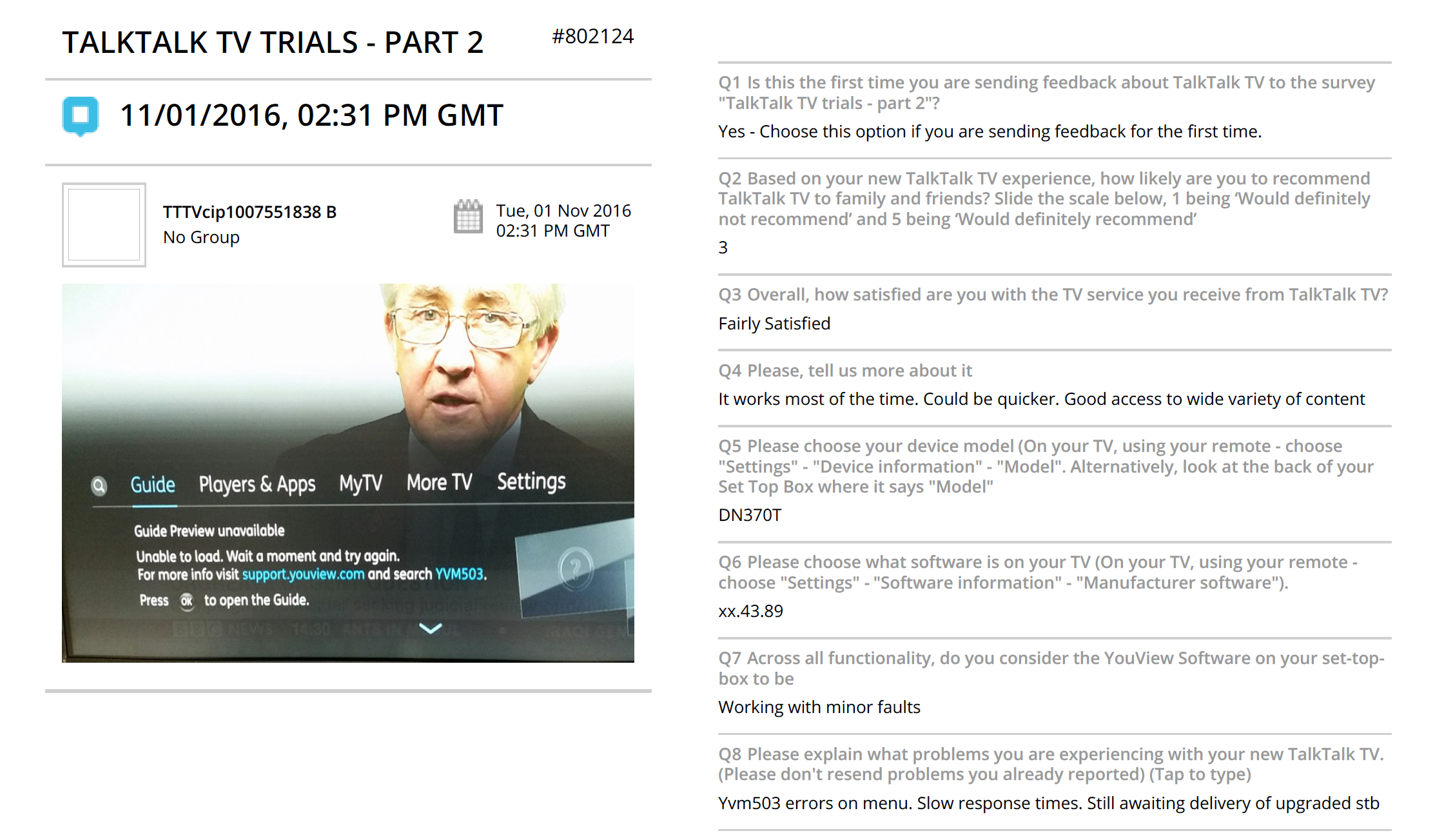 You do not need to know how the soup tastes by eating the entire pot. You mix it up and taste a spoonful. 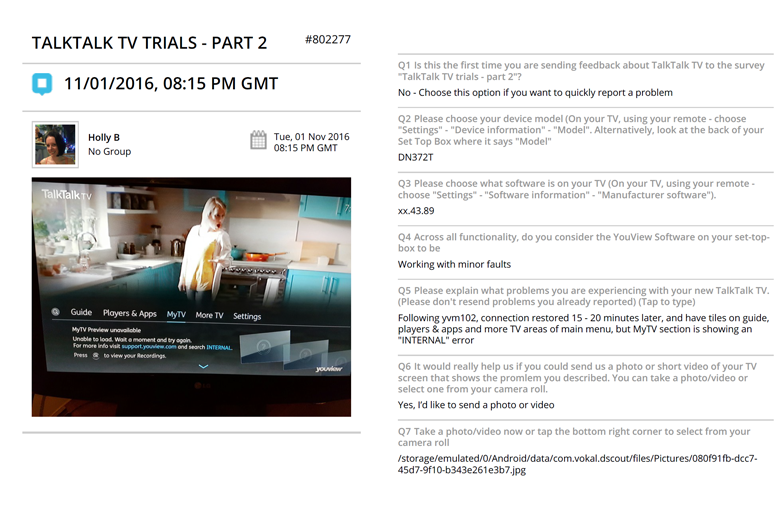 It is a common misconception that reward should be monetary. There is a great book by Dan Ariely “Predictably Irrational”, and something I learnt from it that giving someone a $5 for feedback results in people being unhappy with their reward versus their time than those who get a lovely box of chocolate that costs $1. Most importantly people value the importance of their contribution. 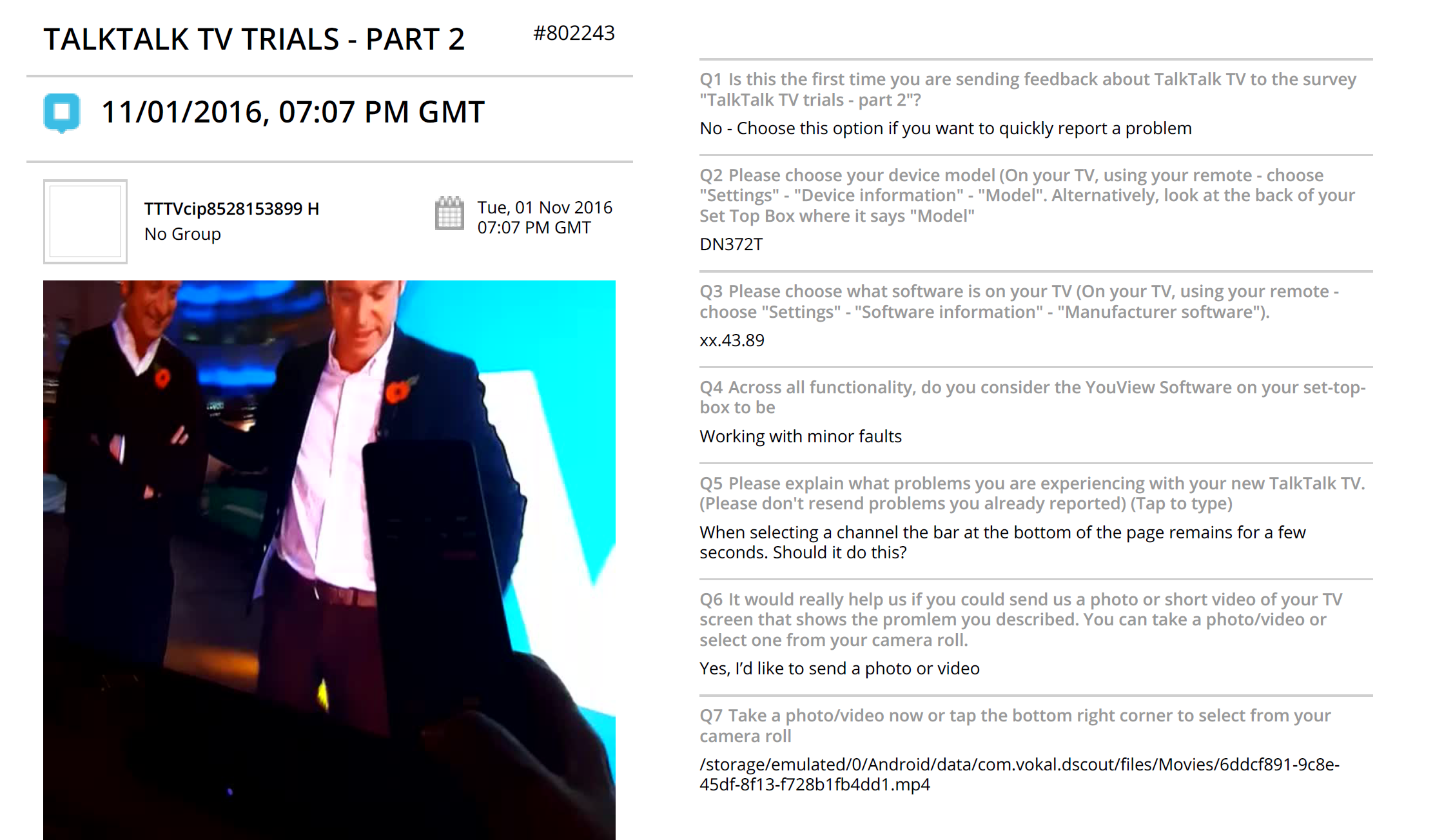 As we started rolling out an Alpha and Beta versions of the new TV software we needed efficient tools to run the customer trials and I took a responsibility of finding and setting up a right platform. Within a couple of weeks I identified, trialed and set the team up on a platform that helped us iron out release issues efficiently and increased trial response/participation/ feedback rate from 10 to 40% daily.

My gratitude and credit goes to my amazing team at TalkTalk.